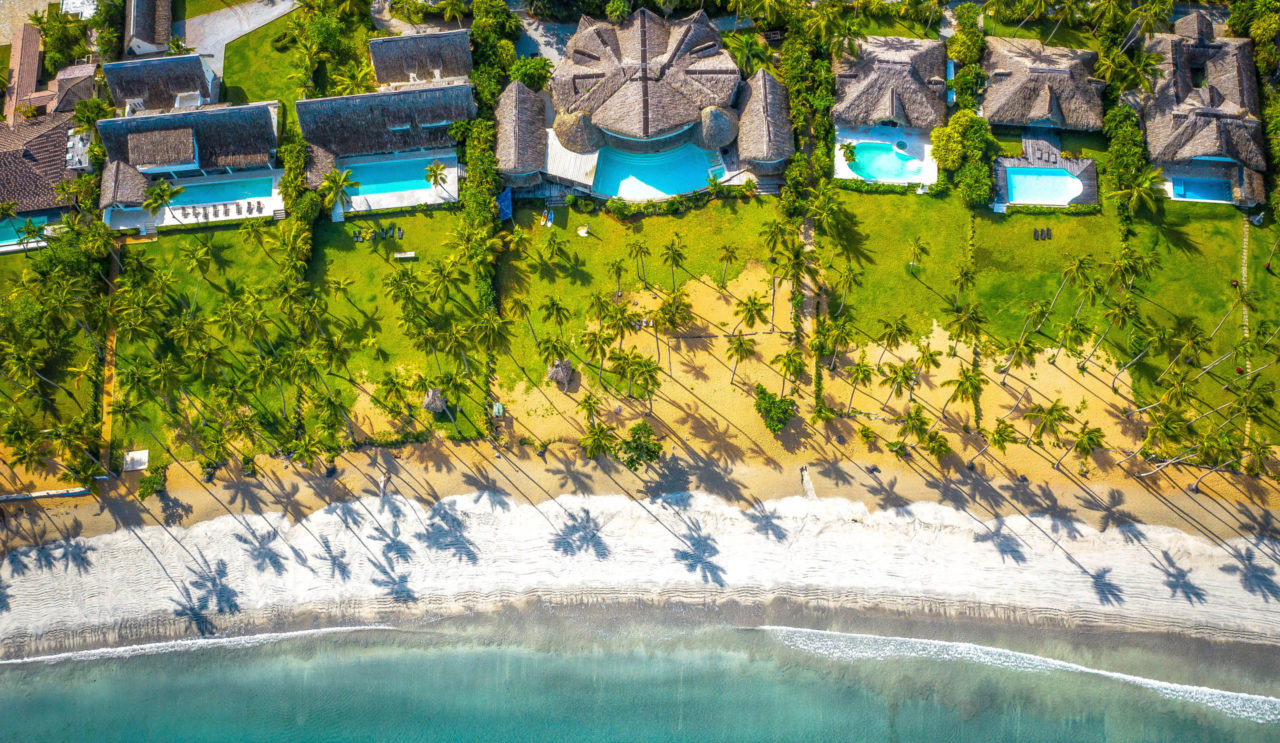 Currency in the Dominican Republic

The local currency used is the Dominican peso. You can exchange Dollars, Euros, and Canadian Dollars easily in Las Terrenas at a good rate. Avoid exchanging money at the airports as their rates are terrible.

There are several banks and ATMs where you can withdraw DOP with your credit card with a fee of around 200 pesos in addition to your bank fees. Most places accept credit card but always keep some cash just in case.

Flights to the Dominican Republic

The Dominican Republic has 2 major international airports with flight connections from everywhere around the world. The closest airport to Las Terrenas is Samana El Catey (AZS), but it offers limited flight options, the best is to land in Santo Domingo Las Americas (SDQ). From there it’s a 2-hour transfer from the airport to Las Terrenas by local bus, private car or taxi. You can also land in Punta Cana, but it will take you longer to reach Las Terrenas.

In Las Terrenas, you’ll find plenty of accommodation options, such as hotels, private villas, airbnbs… We can help you find the best fit for you. Booking directly with us will guarantee the lowest price, with options near the kiteboarding spots.

All of the hotels and villas we offer for booking are conveniently located near the beach, restaurants, and bars. We also have a couple of more remote locations if you are looking for privacy and some peace and quiet.

The best season for kitesurfing in the Dominican Republic is from December until mid-September, that’s when you’ll find the best wind. Las Terrenas provides a super steady thermal wind (around 20 knots) perfect for all levels.

The air temperature is 30°C year-round and the water temperature 28°C, so no need to bring a wetsuit. It is usually sunny with a trade wind during the kitesurfing season.

The Dominican Republic offers some of the best and most beautiful kitesurfing spots in the Caribbean with amazing wind conditions from December to September. You can find all types of conditions from flat water with a steady 20 knots wind to a 30 knots wind with big waves.

USEFUL INFORMATION ABOUT THE DOMINICAN REPUBLIC

MONEY Dominican Peso (RD$). You can exchange Dollars, Euros and Canadian Dollars.
LANGUAGE: Spanish. English is spoken in tourist areas.
TIME DIFFERENCE GMT -5 hours
ELECTRICITY 110/120-volt alternating current, 60 hertz. An American adapter plug is recommended.
VACCINATION only the common ones, nothing special.
VISA no visa needed for most countries
TELEPHONE The dialing code is +1. Possible to buy a local SIM card for a 3G internet connection everywhere
CLIMATE The climate is tropical with temperatures around 28-30 degrees. Rainy season from mid-September to mid-December
WATER TEMPERATURE  no wetsuit needed sea around 28°C  year long
WIND from December until mid-September with the best months being February, March, and April in winter and July / August in summer.
WAVES from October until the end of March

EXCURSIONS AND TOURS IN LAS TERRENAS

There are plenty of things to do in and around Las Terrenas. We can arrange private tours in the Samana Peninsula and beyond, from ziplining through the jungle to taking a dip in a refreshing waterfall, and everything in between.

If you like nature and want a bit of adventure, you’ll love Las Terrenas. You can take day trips and half-day trips to visit the peninsula, go on boat excursions (fishing, snorkeling, remote beaches, whale watching…), spend some time relaxing at the beach, and, of course, try kitesurfing!